Ramana Maharshi, the great Indian sage (1879–1950), whom Carl Jung referred to as the purest of India, the whitest spot in a white space, once said,“consciousness alone exists – not as an individual experience but as an underlying substratum in which all beings and physical phenomena appear and disappear.

Awareness of this Truth is obscured by the self-limiting ideas of the Ego mind and if these ideas were abandoned, the reality of consciousness would be revealed.

The great sage also pointed out  “the essence of mind is only awareness or consciousness. However, when the ego dominates, it functions as the reasoning, thinking, or sensing faculty. The cosmic mind, not being limited by the ego, has nothing separate from itself and is, therefore, only aware. That is what the Bible means by ‘I Am that I Am.’ The ego-ridden mind has its strength sapped and is too weak to resist the torturing thoughts. The egoless mind is happy in deep, dreamless sleep. Clearly therefore, bliss and misery are only modes of mind; but the weak mode is not easily interchangeable with the strong mode. Activity is weakness and consequently miserable; passivity is strength and therefore not utilized. The cosmic mind, manifesting in some rare being is able to affect the linkage in others of the individual (weak) mind with the universal (strong) mind of the inner recess. Such a rare being is called the Guru or God in manifestation.”

Jesus was one of these rare beings, a true Guru and master.

Most scholars would agree that Jesus Christ reached this level of consciousness, whether one believes He was anointed by God, or that he simply transcended His humanism into it. After studying other wisdom traditions and then restudying the words of Jesus, I have come to understand He was giving us a blueprint for transcendence. I don’t need to debate anything else.

This transcendence is the potential that everyone has to experience. Everybody has this Divinity within him or her. We just have to focus and become aware of it and allow it to fully be. We need to remove the sheaths of ego that are covering it. To the beautiful Hindu tradition, this process is called Self- realization.  True self-awareness is the beginning of changing the way you see reality. This is moving from the Ego to the Self.

Why is there no permanent peace for the average human being? Because the ego gets in the way. Didn’t Jesus refer to this? Christ referred to  the fate of the Ego mind, warning that “whoever exalts himself will be humbled” (Mathew 23:12)

The great 20thCentury Indian sage, Sri Krishna Menon speaks of this paradox of the Ego mind in the following manner in his Atma Nirvriti:

‘MIND AS MIND KNOWS NO PEACE, AND MIND AT PEACE IS NO MIND AT ALL.’

“The most universal of all desires in man is unequivocally expressed in the spontaneous statement made by all alike: ‘I want peace of mind’. It means that the activity of the mind is never our ultimate goal. Examining this statement closely and impartially, we find that Peace is the real goal of man’s desire. But in his utter inability to extricate himself from the clutches of the mind, he links the mind also to that desire for absolute Peace, and claims himself to be the enjoyer. But alas, when the mind, freed from all its activities, comes into contact with the Peace it desired, it finds itself merged and lost in that peace, thus returning to its real nature.Therefore, it is one’s own real nature that everybody seeks, knowingly or unknowingly. When you try to visualize the Absolute in you,  nothing can possibly disturb you, because every thought or perception points to yourself and only helps you to stand established as the Absolute. To become a Jnani [Sage] means to become aware of what you are already. In this connection, it has to be proved that ‘knowing’ is not a function. In all your life, you feel you have not changed; and of all your manifold activities, from your birth onwards, the only activity that has never changed is ‘knowing’. So both these must necessarily be one and the same; and therefore knowingness is your real nature. Thus, knowing is never an activity in the worldly sense, since this knowing has neither a beginning nor an end. And because it is never separated from you, it is your svarupa (real nature) – just as ‘shining’ is the svarupa of the sun and not its function. Understanding it in this way, and realizing it as one’s svarupa, brings about liberation from all bondage.When you reach consciousness or happiness, you lose all sense of objectivity or duality and stand identified with the ultimate, subjective ‘I’-principle, or the Absolute. Then the subjectivity also vanishes. When the word ‘pure’ is added on to consciousness, happiness or ‘I’, even the least taint of relativity is removed. There, all opposites are reconciled, all paradoxes stand self-explained; and everything, or nothing, can be said about it”. – Sri Krishna Menon

This real nature that Sri Krishna refers to is the return to God within ourselves. Within our consciousness itself as our pure consciousness distilled from the mind of the Ego.

Maharshi taught that true natural awareness which goes not after alien objects is the heart. Since action-less awareness shines as real being, its joy consists in concentration on itself. Inquiry is making the mind abide in the Self till the false ego, illusion’s seed, has perished.

In a sense, finding the Self or Self-realization and giving up the false self or Ego is similar to following words of Jesus when he was asked when the kingdom of God would come. The kingdom of God, Jesus replied, is not something people will be able to see and point to. Then came these striking words: “Neither shall they say, Lo here! or, lo there! for behold, the kingdom of God is within you.” (Luke 17:21).

I AM the Way, the Truth and the Life. No one comes to the Father but by me. The “me” is the Christ within all of us. The I am within all of us. This pure consciousness is realizing the self, the Christ within. What He is talking about is Christ consciousness. This was not a man talking, but the Spirit of Life talking through a man who had surrendered himself. The Hindus call it Atman, which is “in-dwelling God” and refers to the nonmaterial self that never changes. It is distinct from both the mind and the external body.

Our challenge is to follow in Jesus’s footsteps and learn from the Hindu teachings.

Dissolve the Ego and realize the Self. Then we will have the real peace of Christ 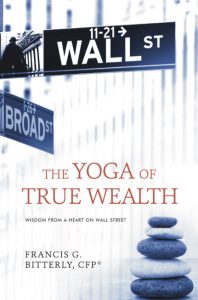